The System Hates White People. CEC Is The Voice Of White Identity Politics In Canada 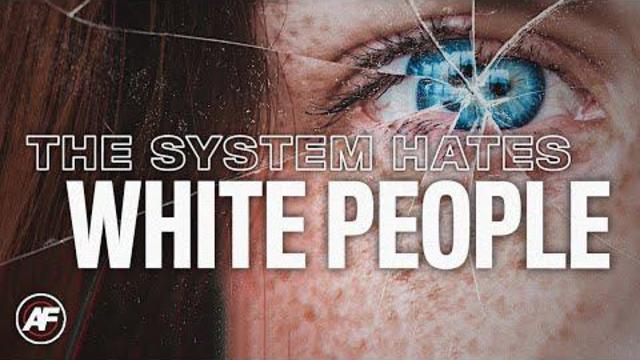 We in the Dissident Right have been proven correct. Diversity is a policy that systematically encourages hatred against White people. This is now becoming obvious to an ever expanding number of Whites. Watch this excellent statement by Nicholas Fuentes, who now has an official channel at Gab. The CEO of Gab, Andrew Torba, openly endorses White Identity Politics.
Immigrant diversity is founded on the premise that the Canada created by Euro-Canadians is based on genocide, systemic racism, and white supremacy. So don't be surprised that Whites are hated because they are White. How could it be otherwise when diversity promoters tell us that racial diversity is a "progressive" movement that is "culturally and racially enriching" Canada away from its "bigoted", "discriminatory", and "inhumane" past?
The war against Whites is now in the open. But they have not won. The real struggle is about to begin.
A few months ago CEC announced a call for funding to improve its website. Thanks to the funding a WordPress version was created — but it remains incomplete. I have shown this WordPress version to a few of our authors. Those who like to see it can contact CEC for access. I am not qualified to complete it or fix some issues with its workability.
This is NOT a call for additional funding to complete this version, since I cannot guarantee that it will be made functional with additional funding. The person who started it did a reasonable job, but did not have the required skills to complete it. Sorry, but it costs to create a good professional WordPress site. At this point I am hoping for someone who is good at programming to complete it before asking for any extra funding.
Some of the funding was also used to start paying some authors for their articles. This is something I would like to focus on. Our authors need to be acknowledged for the work they do. We must start creating organizations and income-generating positions for individuals who dedicate themselves to White Identity Politics. I envy the way the Left successfully managed to create a massive network of high paying positions for its promoters. Hard as it is for me to say this, the majority of the people who claim to be concerned about the ethnocide of Whites are unwilling to make any financial sacrifices to fight against it.
All other races support themselves except Whites. Jews heavily support pro-Jewish organizations and pro-diversity organizations. Recently I gabbed the following:

White men with wealth and power who are benefitting from globalism and have the financial means to withstand cancellation, not white women and not any other ethnic group, should be blamed the most morally for the ethnocide of Whites. Young white working men would find themselves destitute and unable to create a family if they challenged the system openly, and it is not a woman's responsibility to take charge. No, it is rich White men who are financially independent, grasping for every petty pleasure they can, afraid they will be called names and lose social approval, hanging out in expensive clubs — THEY should be held morally responsible.

I will add that it is not risky to help financially. There are many retired men and women out there who should be helping more. It is the least a person can do. I still dream about someone making a big donation to CEC so we can take our politics to the next level and start planning other projects, such as making a documentary about the plight of White Canadians, and supporting many other activities, including annual meetings to create solidarity and periodic conferences to present papers and discuss strategies.

Again, I am not calling for donations to complete the WordPress version for the simple reason that I don't know enough about programming to be able to guarantee that it will be made functional. The current blog needs technical improvements. The tech guy who helped us for the first 4 years (for a low price) is no longer available. In our climate of cancellation it is not easy to get a good dissident programmer who is trustworthy.