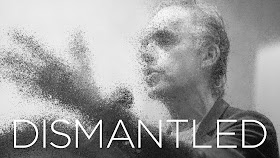 This is a documentary exposing Jordan Peterson's agenda to subvert and destroy the rising political right wing, and neutralize European nationalism.

This video completely exposes Peterson's anti-White agenda and his strategy for implementing it. Any Peterson fans who are not beyond saving will be deprogrammed by watching this video.

Jordan Peterson's primary goal is to neutralize the political right and White identity. He does not care about the Marxist take over of our nations, in fact he was hired by the United Nations to help usher it along. Peterson's only reason for stepping into the limelight was because he saw a massive right wing backlash fomenting, and realized it was going to destroy the left.

His job is to implement "plan B", to steer the rising tide of nationalism into an impotent cul-de-sac of centrist individualism, giving our enemies just enough time to tip the demographic balance of our countries so that our destruction is sealed.

Peterson is explicitly targeting young White males for indoctrination with an insidious political ideology he calls radical individualism. He has created a pseudo-religion self-help cult; he is delivering his ideology to the disaffected youth by combining it with a self-help regimen wrapped in empty religious metaphor.

While our enemies are working tirelessly to destroy our nations in a ruthlessly calculated and organized fashion, Jordan Peterson is brainwashing a generation of young White men to be atomized individuals who perceive group cooperation based on ethnic identity and nationality as the height of evil.

And in the process of doing so, Peterson and his friends are making untold millions of dollars.