Why The West Can't Unite Against Terrorism

by Richard Storey, Master of Laws contributing to Ocean Drive 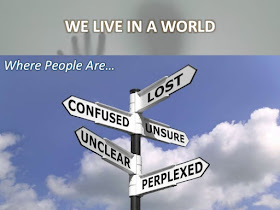 I've noted two basic responses to terror attacks from my fellow Englishmen. I imagine these pitiable reactions must be the same across Europe but the matter has been more pronounced for me in light of the two recent terror attacks on what is still called English soil — the '2017 Manchester Arena Bombing' and the latest London Bridge attack. The two reactions are:
I want to convince you that both these impotent attempts at social unity are symptoms of a spiritual sickness which we can readily cure.

"London Can Take It!"


It is election time in the UK and PM, Theresa May has called for us to 'reignite the British spirit'. Following the attack in Manchester, my contact in the Conservative Party posted a picture of St. Paul's Cathedral standing above a smoky, blitzed London. I believe his intention was to ride the ripple of nationalism which moved across the West this past year. His caption read, "London can take it." My first thought was not, "If my child had been killed in the London Bridge attack, I'd throw this conservative under a bus for such an insensitive comment." Rather, I was shocked that he assumed there was any patriotism to tap into. Not only did British patriotism pass into fond memory with the empire's collapse, but all these things were themselves symptoms of a lack of sound social identity. And no amount of increasingly emasculated James Bond films can fix this.

It goes without saying that May's campaign for office reignited nothing!

I can hear the rebuttals now; many are proud of the "Lion of London Bridge" — a man who fought off the most recent attackers — as a healthy sign of British patriotism. Unsurprisingly, those who clamour for identity in all the wrong places would have us believe the man was filled with thoughts of Queen and Country as he leaped up to fend off the machete-wielding zealots. Yet, what initially caught the Lion's eye was the attacker wearing a rival football shirt. "F**k you!" he shouted. "I'm Millwall!" His passion emerged from his loyalty to a sports team — the most common, imitation source of identity in the West today. Before you try to kid yourself that this was merely incidental to his unending love of Britain, parliamentary democracy etc., just remember that these words could easily have been his last.

Integrate Into What Exactly?


It is sad to see Brits call for Muslim immigrants to make more of an effort to integrate and then, when radicals physically attack our soulless society, we scramble around looking for something outside of our consumerism for them to integrate into. The realisation that we have absolutely nothing to offer people from this civilization except for smartphones and a relatively superior market, leads us to the next common reaction of Brits to terrorist attacks — new agey platitudes.

The morning after the Manchester attack, in particular, radio presenters were umming and ahhing as they clamoured for some transcendent, collective value system to appeal to; something to objectively condemn the attacks. There was none, therefore they attempted instead to focus on the best of human nature, rather than the worst — the heroic men who acted on their protective instincts to help others.

Phrases such as, "it's just all about the love and togetherness, you know?" were ubiquitous. The only thing missing was the hippy's vocative case — "maaaaan." The aptly named memorial "One Love" concert presented the perfect, if undignified, opportunity for various musicians to virtue signal to the world how in tune they are with the great spirit of love, peace, togetherness, vegetables etc. they are. Do you see? We have no unifying cultural institution through which to mourn collectively and so even the misery of our decline is merchandised.

But there is still the search for something more; not just to unite us but provide a common conscience and identity, to secure our people against the threats we face from within and without. The appeals to emotion and the use of pseudo-spiritual language are all our soul-starved people are familiar with — the glancing understanding their 'friend who does yoga' has of the transcendent. And this is precisely why we are a dying and conquerable civilization.


How else are we to explain Europe's indomitable civilization, despite being beset by barbarians at the gates and the plutocratic pursuit of political power? The answer is apparent to much of Eastern Europe; they have seen where the unstable forces of leftism lead them and have returned to the Church as that common transcendent system of higher cultural values which bound Europe together into a network of communities. But, today, in Western Europe, where is our sense of community? We pass silently by each other from home to work and back again, so that we may consume some empty, urban pleasure with a handful of friends or family (if I have bothered to reproduce) on the weekend. This is not an exaggerated rant.


It is undisputed that we Europeans are prone to individualism. This is certainly an advantage when countered by voluntary, pro-social institutions which provide that sense of self-actualisation and self-transcendence, which Maslow identified as the highest of our needs. But, such things have died a slow death throughout the modern period. The Renaissance saw the greed of bankers fight for individual freedom from responsibility from the Church's moralising about the working man. After the papacy had been corrupted and Europe was in a much weakened state, the Reformation was transformed from a movement which questioned said corruption into one which subverted all spiritual authority. Lutheran individualism was an opportunity for a rising mercantile elite to privatise the conscience of all, turning the obligations of sovereigns into the centralised systems of coercive powers we call nation states — money, religion, law and other important institutions were seized.

Eventually man would question all authorities, except for the now unlimited state, until he separated from all those cultural authorities which help us identify our purpose. What else are we Westerners today other than a mere economic unit? Yet, we fancy our lives to be so much more attractive than those of traditional communities, who have no less access to the precious commodities we seek to define ourselves with. But, when we find ourselves to be so weak that the state power of our own government finds us to be the path of least resistance, we would rather adopt the slave ethic of blaming Muslim communities for being too strong than take a look in the mirror.

Unlike them, we have no common conscience to define ourselves with any more. We have sought something other than the Church to do so — the superiority of our people (like Germany), the vastness of our colonialism and, even today, the PM would wish these charred embers of the razed Church were somehow reignited, if only for a moment's warmth, rather than to rebuild and return to that most important of edifices. That of course would return obligation and responsibility to any who assumed a position of power.

Belloc saw this cultural collapse coming even before WWII:


Thus a whole religion sustains modern England, the religion of patriotism. Destroy that in men by some heretical development, by "excepting" the doctrine that a man's prime duty is towards the political society to which he belongs, and England, as we know it, would gradually cease and become something other. (The Great Heresies, p.6)

Following the nihilism of the 1960s and our current social bankruptcy, will we continue to clutch at straws? Will we learn the lesson of Eastern Europe and elevate religion as an important cultural institution which promotes self-limitation and love, or continue resorting to the coercion of socialism? Solzhenitsyn noted,


Untouched by the breath of God, unrestricted by human conscience, both capitalism and socialism are repulsive.

It seems inescapable then — that which achieves the level of social cohesion keeping Eastern Europe relatively free of terrorism is the spirit summed up by Viktor Orban: "Europe and the European identity is rooted in Christianity." So, where do we go from here?

For the good of the country and countrymen we sincerely love, it seems that we must return to the Church. I shall let Solzhenitsyn have the final word:


We shall have to rise to a new height of vision, to a new level of life where our physical nature will not be cursed as in the Middle Ages, but, even more importantly, our spiritual being will not be trampled upon as in the Modern era.