Multicultural Canada: Masochist-Nation of the World

While our nation's demographics have changed dramatically, multicultural policy has not changed one iota. There is no other nation on earth which maintains a policy of cultural self-destruction like Canada. 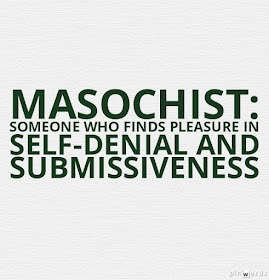 Indeed, we live in curious times. Like never before, human beings are moving about our planet in search of a better life, a cleaner environment, and a higher standard of education. As it happens, however, within our era of unprecedented globalism, Canada stands out among nations.

Canada is unique in that our country is "officially" multicultural — meaning multicultural policy is entrenched within our constitution. The only other nation in the world which maintains such a policy is Australia.

Putting this in proper context, at present there are approximately two hundred nations in the world — meaning that a mere 1% of the world's nations are officially multicultural. Are Canadians aware of this fact? Frankly, it is doubtful. Based on our government and media's portrayal of the policy since its inception in 1988, one could easily believe this brand of legislated diversity is standard among nations.

Obviously, it is not. While many nations encourage diversity and willingly accept immigrants and refugees, these countries do not have a legislated mandate to financially support these communities. In Canada, hundreds of millions of tax payer dollars are provided to immigrant communities each year for purposes of promoting cultural events, as well as religious institutions and holidays.

Is this necessarily a bad thing? Under reasonable conditions, perhaps not. Unfortunately, the circumstances are anything but reasonable. For decades, Canada has maintained the highest per-capita immigration rates in the world. As a result, our country — particularly our urban centres — have transitioned from relatively homogenous communities to a hybrid of various ethnicities.

Is this necessarily a problem? Again, arguably not — though considering the absence of public analysis of these circumstances, one may wonder if an equitable balance will be maintained in the long term. One reason for skepticism is the fact that while our nation's demographics have changed dramatically, multicultural policy has not changed one iota.


As a result, our so-called "minorities" are no longer minorities in the true sense of the word — yet hundreds of millions of tax payer dollars continue to flow through to these communities and their non-profit organizations.

In fact, these organizations have become so well organized they are beginning to transform the cultural identity of our nation. To add insult-to-injury, the governments of the nations from which these migrants come from are also providing hundreds of millions of dollars for the purpose of funding everything from major real estate developments and shopping malls, to multi-million dollar Islamic mosques and Sikh temples.

All the while, Canadians go about their busy lives, largely oblivious to the societal changes occurring around them. Well, perhaps some are aware — yet within Canada's hyper-politically correct society, few dare to criticize these developments. As a result, Canadians appear to have little choice but to stand back while China buys up our real estate, and Middle Eastern nations finance the growth of Islam within our nation. For instance, the Toronto Sun reported in January 2015 that a

New arrivals, refugees and religious fundamentalists are valued above the traditional culture and heritage of the nation. Indeed, multicultural policy has lead to a peculiar form of societal "inversion" — it is not Canadian workers who receive priority, but rather temporary foreign workers. On campus, multiculturalism has led to a situation whereby our so-called "Canadian" universities have divested themselves of their Canadian identity. Rather, they are "globalist" education centres for the wealthy of the world. For the Canadian-born students fortunate enough to attend these institutions, they are receiving a thorough education in how to hate their own country, dislike the founding fathers of their nation, as well as a full indoctrination on the virtues of globalism, communism, and every other anti-democratic form of political ideology.

Multiculturalist Canada has inverted its priorities and placed Canadian-born citizens at the back of the bus. The Canadian public never sanctioned this cultural suicide. Let us face the facts: there is no other nation on earth which maintains a policy of cultural self-destruction like Canada. Furthermore, consider the situation within the source nations of our largest immigrant communities. China is the number one source of migrants to Canada. Does China's government maintain a policy whereby the rights of newcomers take precedence over Chinese nationals? Does China maintain a policy whereby their citizens fund a government sanctioned indoctrination of Western values, culture and religion? Truly, this idea is unthinkable. How about Iran? Pakistan? Philippines? Not one of these nations would dream of implementing this form of political self-flagellation!

Canada is different — so different that we are the most politically and culturally masochistic nation on earth. Since the time multicultural policy was established in 1988, our government, legal industry and diversity advocates have been steadily chipping away at the foundation of our own national heritage.

Who sanctioned such a thing? Did the Canadian public collectively order up a plate of cultural eradication like one orders a steaming dish of chow fun in Chinatown? Not a chance — it never occurred. The general public had no choice in the matter, just as they have had no choice in whether or not their country maintains the highest rate of immigration on the planet.

More questions abound — what happened to application of democratic process regarding these matters — or at least a recognition of will of the majority? Oddly enough, all public discussion went dormant after our government began to walk our nation down a cobblestone road to its cultural demise. Are these the signs of a healthy democratic society? Not likely. One could suggest, in fact, that official multiculturalism has served as ground zero for an unapproved and unnecessary societal inversion.

Naturally, this movement has received a great deal of support — not just from multicultural organizations and ethnic communities — but from born-and-raised Canadians who are presently riding the multicultural bandwagon into the great Canadian sunset. Government immigration "critics", civil libertarians, our legal industry, our real estate industry, ethnic "identity" politicians — all of them are collectively chipping away at the bedrock of Canadian society.


Want to hide your identity at your citizenship ceremony? Step right up, our civil liberties lawyers are here to help. Committed a crime back in the old country? Not a worry, a legal eagle armed with the Charter of Rights and Freedoms will assist you — pro bono.

Such is the sorry state of contemporary Canada — a nation which has, for reasons nobody can explain, inverted its priorities and placed Canadian-born citizens at the back of the bus.

For how long will "generational" Canadians — those of us who are second or third generation, and beyond — stand by while our nation commits cultural suicide? Only time will tell. Unfortunately, time is of the essence. Left to their own devices, Canada's cultural assassins and their merry band of self-loathing practitioners will proceed to bury every remnant of what defined our nation before multiculturalism came to town.